According to USA Today, “This flu season is the earliest this decade that the percentage of visits to health care providers associated with influenza-like illnesses is above the national baseline – the last time it exceeded the baseline this early, excluding 2009 during the H1N1 epidemic, was the 2003-2004 flu season, when an especially virulent strain of influenza A ravaged the USA. .” While the CDC predicted this season would be worse than normal they did not predict this unusual trend of Flu B presenting at the beginning of the season.

Flu B, which normally shows up at the end of the season, is making a grand appearance at the beginning of the season. Flu B is known to infect only humans and seals. Influenza B tends to pass only from human to human. Flu B typically affects children and young adults more severely than Flu A. Texas is reported as one of the 16 states to have wide spread outbreaks. Because the Flu A strand can be transmitted from bird to humans as opposed to the human to human transmission of the Flu B, it is possible to get the Flu twice in one season. 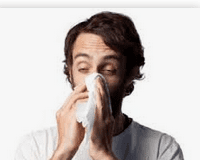 What should you do if you suspect you have the flu? Get tested right away. Early intervention with Tamiflu can reduce the time you are sick. Also, this may help the spread of the virus to others. If you have a fever, see a health care provider to be tested right away. Frequently washing hands is one way to prevent getting the Flu as well as getting the Flu shot. It is still not too late and may prevent a second infection.  My Urgent Care Clinic in Boerne accepts walk in patients from 8am to 8pm every day of the week.  Flu testing and treatment is quick and efficient to get you to feeling better.  My Urgent Care Clinic is located at 910 Rivier Road and can be reached at 830-331-2391.